The Night I Became a Movie Star! ** 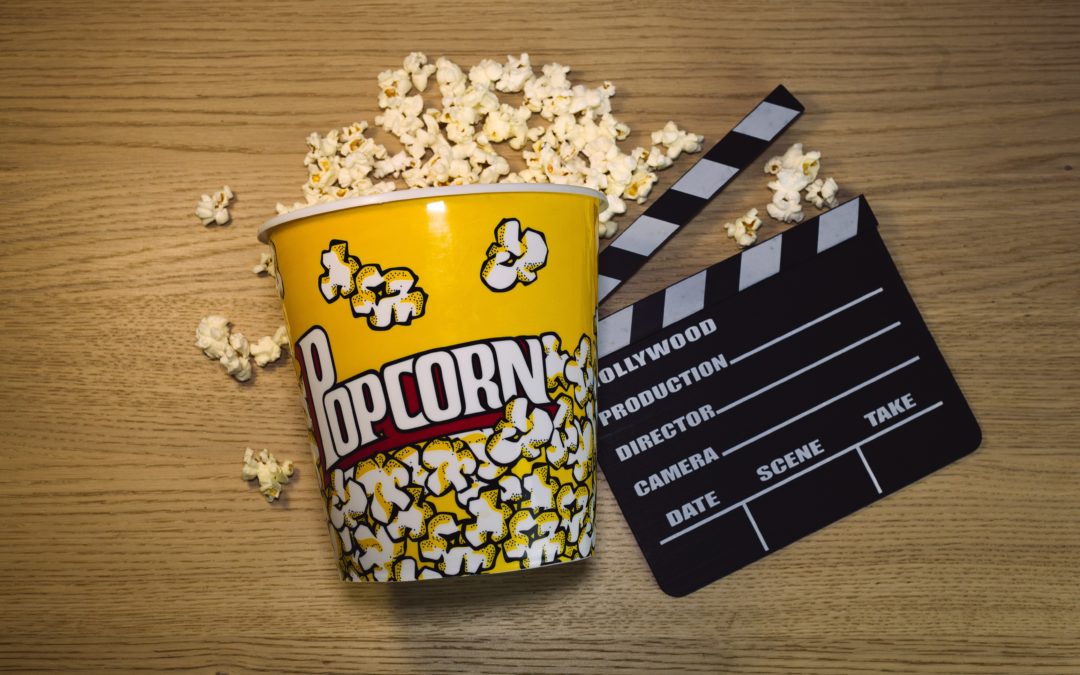 ** Actually, the night I worked as an extra on a film set, but why quibble over the details?

This week, I had the opportunity to check an item off my “bucket list”: I worked as an extra for a film that was shooting in downtown DC! Actually, it’s a miniseries that will air on a major cable network, featuring some household name actors. I signed a non-disclosure agreement, so I can’t tell you many details or share photos from the set, but I can tell you that the whole experience was exciting and fun! Actually, let’s make that exhausting, exciting, and fun. I learned a few lessons that are applicable not just to my future film career (just kidding – I think this will remain a hobby!), but to my work with nonprofit organizations and to life, in general:

Things happen for a reason: I’ve often taken issue with this aphorism, because it just seems like a convenient justification for when things go off the rails. On the other hand… conventional wisdom is conventional wisdom for a reason. I was originally supposed to shoot on Sunday, but my costume fitting date was changed, and that meant that the costume department would not have time to complete the alterations on my outfit in time to shoot on Sunday. I was really disappointed, because I wanted to shoot on a weekend, and I wasn’t sure if I could make it work on other days. I shared this story with some of my fellow background actors on Wednesday night/Thursday morning, and they told me that Sunday was a BRUTAL, awful day of shooting (severe weather conditions causing health problems among many of the background actors, plus an especially long shoot), and they said that I was lucky to instead be shooting on the night/day I was there. They were right. Among other things, I got to shoot on the National Mall, when the monuments were beautifully lit up at night. What a treat! If I had worked on the originally planned day, I would have been hot, tired, and unhappy. Things happen for a reason.

I went into the experience feeling curious and grateful.

Attitude matters: After the scheduling snafu with the costume fitting, I wasn’t even sure if it was worth it for me to do my fitting on the rescheduled day, since I wasn’t sure I’d be able to film anything on other days. The background casting director and I decided that I could go ahead in for the fitting, and if it turned out that they needed to book me as a background actor for a future date that week, and I was available I’d be ready to go. Here’s the truth: if I had never had an opportunity to actually film any scenes, it would have been enough for me just to do the costume fitting… it was a blast! It’s a period film, set in the late 1970s. The costumes were fantastic, the process was fascinating, and everyone I met at the fitting was so kind, thoughtful, and committed to their craft. I tried on several vintage 1970s women’s suits, which the costumers pinned up to show the tailors how they should be altered. I was given shoes and purses, and they took photos of me in each outfit. The one that they chose for me was so great, the costumers actually applauded! What does all of this have to do with attitude? I really went into the experience feeling curious and grateful. I believe that my attitude made the fitting more fun for me and for the people working on the film, and I was able to carry that attitude with me into the (LONG) night of shooting. My positive experience with the fitting helped me make a big decision when an opportunity presented itself.

Everything is figureoutable: I can’t take credit for that saying – it belongs to Marie Forleo. I definitely put that credo to work when I got the call from the background casting director letting me know that I would have an opportunity to film on Wednesday, and that it would be a night shoot. I was told that most background acting sessions last for 10-12 hours; this would be 10-12 overnight hours. Did I even want to do that? Would I be too exhausted to make it through the shoot? And I’d pretty much be wasted for the next day, which would cut into my work schedule. Most importantly, what the heck was I going to do about my kid? While she’s a teen, I didn’t think she’d want to sleep all night at home by herself, so I’d have to figure out some sort of childcare situation. As my head was spinning with these details, and I was under time pressure to let them know if I’d be working that night, I thought to myself “everything is figureoutable.” And I figured it out. I made the arrangements I needed to make with work, I arranged for my daughter to spend the night with a friend, and I mentally prepared myself for a long night. Because the bottom line was, and is: I really wanted to do this for myself. After 18+ months of solo parenting and working in a pandemic, all of the stress, all of the canceled plans, etc… I really wanted to have a new adventure. Something that did not involve taking care of other people – something just for me. So I did it! Thank goodness.

(For the record: I left my home at 3:15 p.m. on Wednesday afternoon and returned from the shoot at 6:05 a.m. on Thursday morning! We were, indeed, shooting all night long.)

You have to have a commitment to authenticity, to doing it right, because it infuses everything with light and wonder and a little magic.

Authenticity shines through: Throughout this entire process, I was repeatedly blown away by the attention to detail. The costumers painstakingly fitted and altered my costume, considering how seams and pleats would lay and whether or not a jacket was going to gather after it was taken in… details that, on a background actor, would likely not be visible to the audience in the final product. On the day of shooting, the costume designer spent 5-10 minutes picking out a pair of earrings that would go with my costume. Not only was my hair down, so my ears were not visible, but it would take a miracle for those earrings to show up on camera! In one of the outdoor scenes that we filmed, another background actor was supposed to be standing still and reading the newspaper. The props department gave her a Washington Post to read. If I tell you that she was standing 200 yards away from the camera (a camera that would never be focused in her direction anyway), that would be generous. This background actor could have been reading the Communist Manifesto, and I don’t think the audience would have known the difference. I spent a lot of time thinking about this attention to detail, to getting it right. According to some of the other, more experienced actors, it is possible (though highly unlikely) that a background actor would be more prominent or visible, so they want to get those details right, just in case. But think there is a bigger idea at play here:

Making the film is about more than the finished product. Everyone on the film – costumers, hair and makeup, props, etc. – is committed to their craft. They want to get it right because… they want to get it right. They are artisans. It matters to them. As they all come together to make a film, the filmmaking process becomes a collaborative art in and of itself. And, while I’ve only done this once, my guess is that the authenticity of that process shines through in the finished product, the film. If the costumers just pin the jacket instead of sewing it, if the props department give the background actor a blank piece of newsprint instead of a real newspaper, if the earrings are not true to the time period… all of those little cut corners chip away at the authenticity, bit by bit. Things feel a teeny, tiny bit less true to everyone involved. Sometimes, in work and in life, cutting corners makes sense, is an act of wise efficiency or self-preservation. But sometimes, you have to have a commitment to authenticity, to doing it right, because it infuses everything with light and wonder and a little magic.

My final, very important lesson of my night as a “movie star”: Craft Services. Whenever possible, as often as possible, hit up the craft services table. Just like when you grab an opportunity you’ve always dreamed about, you won’t regret it!